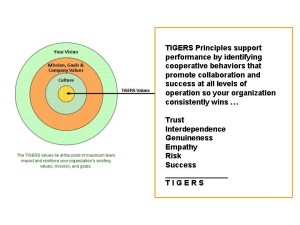 When the six TIGERS principles (trust, interdependence, genuineness, empathy, risk and success) first emerged from my psychology, business and education group dynamic research at Gonzaga University, much had been written about role and goal significance for teams.  Little had been explored about the value of team relationships to support role and goal achievement and the systems required to strengthen them. Then after two independent validation studies it became obvious that behaviors that support these principles are critical to high performance team development and that company culture plays a huge role in the success of organizations. So, if you notice more negative behavior than positive  among employees, you should consider implementing some team building ideas to build better relationships so your goals and the roles that support them are achievable.

Workplace conflict that escalates into becoming very personal is detrimental to the productivity of everyone involved. This is especially true when leadership skills are lacking to resolve conflict early on with the root cause evaluated.  However, the following team building ideas can create a better culture making conflict more constructive than disruptive. This article references tips from the following articles:

Below are some potential problems in the workplace, along with the team building ideas to build better relationships and resolve these issues.

Communication focuses on negative, rather than positive.

If you find that a coworker always points out negative aspects, this is a sign that the relationship between the two of you is off, according to 6 Sings Your Coworker Has a Beef with You and What you Can Do About It. Ignoring the situation will not fix this issue, and the best way to tackle negativity is by responding only positively. Constructive criticism is helpful, but when the comments become only about what you have done wrong without any advice to improve, the conversation has turned and something needs to be done.

But how many people know what to say when overwhelmed by negativity?  First emotional defensiveness makes it difficult for some people to think strategically. Second, without witnesses to critical conversations, questioning to produce helpful solutions can be viewed as insubordination.  We cover this topic in depth and offer tips and solutions to this dilemma in our team leadership training program. There are times when one training is not enough to influence improved behavior. We believe people who are improving their leadership skills need repeated access to training so it transfers into improved communication skills.

According to Why Your Co-Workers Hate You, there are many reasons employees irritate one another, and one main reason could be open office layouts. These layouts allow for little privacy among employees, making it difficult to find solace away from one another. The article poses to follow the Golden Rule in this situation, and try to seek comfort in a live and let live attitude.

What the article fails to discuss is the importance empathy plays in workplace relationships and how to use positive inquiry to problem-solve. When procedural issues such as office layout lie at the root cause of problems that have flamed into relationship conflict between employees and leaders fails to take action to resolve the problem at the root cause, office design isn’t the true issue.  Perhaps learning how to strategically build high performance employee problem solving teams to resolve areas of conflict at the root cause is the first step.  If employees need privacy and solace, many progressive leaders and their work cultures offer quiet rooms for employee time-outs and rest as one solution to workplace design structured in a way to enhance team communications.  These benefit both extroverted and introverted employees and serve  the need for personal space and producing better work. 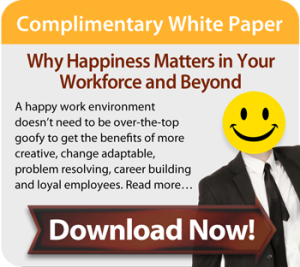 You blame conflicts on personalities.

According to Most Work Conflicts Aren’t Due to Personality, coworkers tend to blame workplace conflicts on differing personalities. The root behind conflicts, however,  are much more complicated. Leaders can prevent and reduce conflicts by clearly defining roles and expectations at the beginning of projects so that all team members are on the same page and have the same understanding of the project requirements.

From a TIGERS perspective, behavior and the system that supports constructive behavior so that roles and expectations are achievable has been left out of the equation.  As a result, it is easy to point to someone’s behavior and blame them for conflict. What is lacking, however, is a system of agreed upon behavior and group norms that hold everyone to high standards of behavior along with training that supports conflict resolution and problem solving at all levels of operation.

Gossip hurts everyone involved, as the gossiper is looked upon just as or more poorly than the target of the gossip. According to Dealing With Workplace Betrayal, Part 3 (Gossip), if gossip is running rampant through the workplace, targets need to address the gossip head-on. Employees who are impacted by gossip need to first determine what is being said, and who started it.

If the cause of the gossip is true, employees can work on themselves to take themselves out of this situation, but if it is false, the target needs to confront the gossiper to stop the gossip in its tracks. Ultimately, however, gossip comes from a form of indirect communication and poor anger management that sends conflict and misunderstandings sideways within a team rather than through direct, honest and straight forward communication between parties to resolve misunderstandings. Frequently gossip is at the root of perennial conflict and thrives in a work culture that tolerates it.  Gossip is a zero sum equation that is resolved with good group norms and leadership actions that support zero tolerance.

There are many issues that can threaten productivity in the workplace, but with the above team building ideas, you can build a better culture that promotes happy and productive employees. 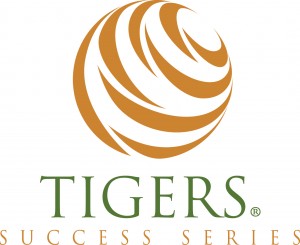 TIGERS Success Series, Inc is a Bend, Oregon team building consultancy that licenses and trains HR Executives and Management Consultants to use powerful team development tools that help to transform organizations into the type of workplaces employees enjoy returning to after a couple of days off.  Join us in the 6 Principles that Build High Performance Teams leadership clinic to learn how to correctly develop new teams for complex organizational problem solving and change initiatives. Learn the steps required to transform low performing teams into excellent ones.  Click here for more information.