Taming BOSSZILLA and Other Bad Bosses 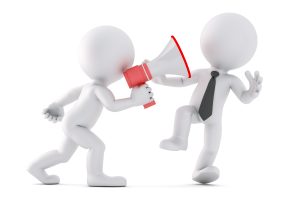 If you’ve had a streak of nice bosses, consider yourself lucky.  Many employees quit their jobs because of superiors who are bad bosses.  They possess prized skill sets, hold multiple degrees from the best universities, and brandish intimidating resumes… but that’s where the charm ends.  Wherever they go, they leave behind a trail of resentful employees wanting out.

From micromanaging control freaks to verbally abusive bosses, here are some horror stories you’d never want to be a part of.

“I had a boss whose highlight of the week was his team huddle because he gets to lord it over.  He’d treat one person like a hero and find another person to belittle.  It’s always an awkward one hour that would stretch to two with no breaks in between.  I’m talking about full-on humiliation fraternity style. He’d talk about the “loser” as if everything he (or even she!) did will cause the entire business to go down the drain.  He takes turns picking on everyone (and he would pick on everyone!).  We think it’s a management technique he picked up from some lousy fraud.”

“When I started out, I appreciated the micromanagement.  But even when I got the hang of it, she wouldn’t leave me alone to do my job.  Then I realized that if anyone on the team performed well, she’d consider them a threat.  Since she isn’t in a position to fire (nor does she have any basis anyway), lady boss would simply take anyone out of the loop. No emails. No memos. Zilch. You’d feel so left out, quitting would be such a relief! She is one of the bad bosses you would love to leave.”

“I worked for a coffee shop as a marketing associate.  Part of my tasks is to get marketing collateral out when new branches open. This is a huge deal.  They’re freebies.  But customers DEMAND that they get whatever they could.  When three branches opened, the freebies didn’t arrive.  It was my bosses’ fault.  She didn’t get the purchase order out on time despite friendly reminders from the team.   She couldn’t be reached that week.  Her excuse?  The baby wouldn’t stop crying and that we should learn to handle it.  I get it that managers need to give their workers the opportunity to solve problems on their own.   But as a leader, she should be there in the trenches with us too.   Needless to say, she got the boot.”

“My yogi-vegan-organic-antivaxx” boss would pick on me whenever he thinks I look “exhausted”.  He’d spend a good thirty minutes explaining how I’m killing myself by killing animals and eating them. By the end of it, I’d actually feel exhausted for having to put up with him.  He’d get so emphatic with something that has nothing to do with my performance at work.  I wish he’d respect our differences. I used to think nothing of it, until it began to affect my respect for him.  He still wants me back on the team, though.

Why do bad bosses get away with it?

Bad behavior in leaders often get excused because we tend to value their positive traits so much, we’re more than willing to look over their unacceptable conduct.  A manager we once knew, for instance, had exceptional selling skills.  He’s a saint to customers, but quite the opposite to his colleagues. Many like him know bad behavior is tolerated because they possess a particular skill set the company badly needs.

Another reason is, employees aren’t inclined to speak up about wretched managers.  When a company has gone through several downsizings, some financial crisis, a worldwide pandemic, or pay freezes, the emphasis is survival.  Higher-ups hastily turn a blind eye to offensive management for as long as they bring in the numbers.

Taking it to HR doesn’t always work. HR is still subordinate to the company top brass.  If the higher ups are misbehaving themselves, HR won’t be empowered to put their foot down.

If you’re a character in this scenario (the disgruntled employee, or the manager who’s been told off, or someone in senior management who needs to deal with a problematic supervisor), know that letting this pass or chucking it to personality differences will eventually lead to:

Everyone’s on the losing end. Bad bosses tend to contaminate their departments with bad attitudes – similar to a disease.  Knowingly (or unknowingly) they spread anger, despair, and frustration. 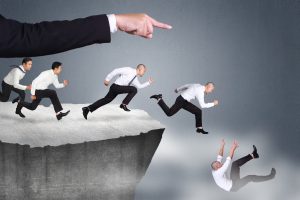 In many instances, the manager simply doesn’t possess the correct tools.  This happens often when the candidate up for promotion is someone who’s good at what he does, but isn’t exactly managerial material — YET.  It could also happen that the position needed to be filled and there was no one else to fill it.  Whatever the reason, senior management needs to intervene.  If the manager needs to be terminated, then do so, carefully.  But if the grounds are iffy (such as when the grounds are personality issues), then it should be addressed by correcting performance via inculcating trust, interdependence, genuineness, and empathy through micro-training.

Training doesn’t end when an employee is promoted. In fact, as they begin to manage more people, more instruction is necessary.  They have to be on the same page with everybody else.  TIGERS breaks instruction down into smaller, bite-sized chunks by transferring knowledge using personalized lessons.  This way, learning is less of a battle and more of an e-learning experience… something even more important at this time.

If you’d like to find out how micro-training can help your organization at this most crucial time, get in touch with us HERE.

Care to take this conversation about bad bosses deeper?

The following articles and resources add value to this conversation:

TIGERS is a Bend, Oregon team development provider that licenses and trains HR Executives and Management Consultants to use powerful team development tools that help transform organizations into a profitable, engaged and collaborative workplace.