Leading with empathy in the hybrid workplace 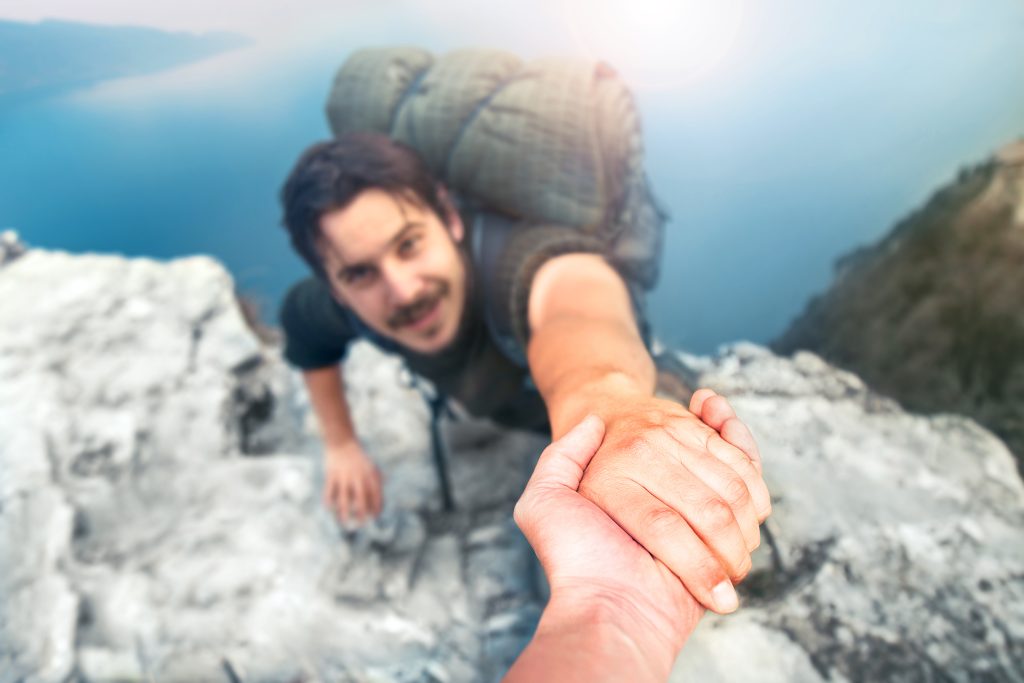 Leading with empathy in the hybrid workplace dispels many practices that drove the industrial revolution. For example, the old saying, “It’ business, not personal”, means that financials were more important than anything human.  The problem is that for employees it is personal. It is also emotional. Sayings like this serve to discount feelings. It diminishes empathy and emotional intelligence on the part of leaders. Leading with empathy in the hybrid workplace, on the other hand, changes the game.  Big time.

Perhaps as human-centered work cultures outpace their command and control cousins in the war for talent, the supportive leaders who master empathy now could be considered new profit centers in the future.

As Ben Franklin said, a penny saved is a penny earned. Cost savings as well as productivity improvements increase profits. In a recent Ernst & Young survey, 54% of workers said they had quit a previous job because their boss wasn’t empathetic to challenges they were facing at work. Forty-nine percent left because of a lack of sensitivity to struggles in their personal lives  High turnover like this tanks profits. This is measurable and  quantifiable.

Empathy is the ability to work to understand the feelings, ideas and circumstances of another person, whether you agree with that person or not. It is based on curiosity rather than judgement.

Saying things, such as “You shouldn’t feel that way or it’s not personal, it’s just business” is often rescuing behavior. The person delivering comments like these either is uncomfortable with emotions, can’t get in touch with their own feelings or lacks the skills to listen to understand. As a result their intended rescue of you is in reality a rescue for themselves.

Unfortunately the person who does this also dismisses you. Your feelings and emotional state of mind are unresolved and your psychological safety to be respectfully sincere, frank and forthright about what is going on with you takes a hit.

In a recent article in the Harvard Business Review, Sarah Noll Wilson shares the following scenario:

“It can be hard to know the right thing to say when someone discloses something painful or emotional to you. For example, one of our clients, Evie,* an IT manager, suffered through a miscarriage while working from home a few years ago. Her boss, Mike,* could tell something was off and called her to check in and see how she was feeling. When he called, she knew she couldn’t lie, so she took a deep, courageous breath and shared, “You know, to be completely transparent with you, I want to let you know I am currently experiencing a miscarriage and really struggling with that … mentally and physically.” Mike was silent for an extended period before finally saying, “Well … do what you need to do,” and quickly [ended] the phone call. Mike’s reaction has stuck with Evie to this day, years later. In a moment of loss and suffering, she felt entirely unsupported. Was this his intention? No, but it was his impact.”

I could not agree more.

There are people, who if they can’t fix something when they really want to, check out. Frequently, all that is needed is the capacity to listen and respond with empathy.

Imagine if Mike*, whose name was changed in the example, said, “I am so sorry this is happening to you, Evie*.  I haven’t had the experience, but I can imagine it is a horrible loss. Do what you need to do and please keep me posted. Is there anything you need now?”

Do you think this would have changed how Evie* remembered the conversation?

The value of empathetic human-centered leaders

Human-centered leaders who are skilled at building trust, interdependence, genuineness, empathy, risk resolution and success (TIGERS) among their employees, in their hybrid teams and in their work initiatives, also build psychological safety. The value of psychological safety is the ability to have conversations with employees that are supportive and get to the heart of issues, problems and mistakes facing employees.

In a 2019 mental health report prepared by Mind Share Partners, it was discovered that one in five Americans manage a diagnosable mental or emotional challenge each year. The report also found that:

Therefore, the simple practice of listening with empathy from a leadership perspective leaves employees feeling supported and understood. They are less likely to underperform at work, are more open about challenges and they report higher job satisfaction. They heal faster and they return to work sooner. This means the leader’s profit margins increase by cost savings experienced through less turnover, sick days and frustrated goal achievement.

Leading with empathy in the hybrid workplace

Empathy and excellent communication skills are considered the top primary skills leaders need now and during pandemic recovery. It is key in stemming the flow of turnover.

One reason is that the hybrid work environment is here to stay.  Recently I was speaking with a colleague who works for the State of Oregon. She told me that she will continue to work from home because she prefers it that way.  She also starts her work day at 6:30 in the morning. Her job is reviewing applications and helping women and minority businesses become certified in the State of Oregon for their proposals to government agencies.  At 9:00 the phone lines open.

My friend has a protected 2.5 hour window to process applications. In the past, she didn’t have that with her 9 to 5 work schedule.  Applications were difficult to sort through while she fielded phone calls.  As a result files were piled on her desk and certifications delayed.

She claims work is more manageable now. And when she told her manager her preference of starting work 2.5 hours earlier and leaving work 2.5 hours sooner, he was fine with it. Yes, he asked her if a work arrangement like this would reduce some work stress. Yes, they talked about her frustration with work pile up and the disruptions caused by fielding phone calls. He listened to understand, found her solution reasonable, gave her approval and his profit center increased by files processed.

Care to dig deeper into leading with empathy in the hybrid workplace?

Here are some additional resources that take this conversation deeper: