How To Avoid A Big Mistake When Collaborating To Save Money 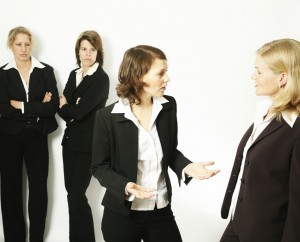 Is there a new market forming for business cost sharing collaboratives?

First GM is developing a market for sharing automobiles through a new rental program.  The principle is that drivers may need a car for work three hours a day, which involves getting to work and home. Instead of the car sitting in a parking lot all day, it can be rented to someone else.

That sounds good in theory.

Second, the Wall Street Journal reported on other examples of business collaborative cost sharing in an article written by Annie Tritt. In this article Tritt reports that Start-Ups can save considerable revenues by loaning out vehicles, sharing chores and collaborating to purchase common systems –  such as reception services, phones and office machines.

So, how could this fail and what is the number one avoidable mistake in forming a collaboration?

The source of failure
Whether teaming on the short term for cost sharing advantage or for the long term in business culture design, there are six principles that need to be discussed and worked through to form successful collaborations. And, these principles are often not considered when forming LLC’s and other legally recognized business entities.

When I first asked the question, “What is necessary to produce an ethical, quality-focused, cooperative, productive and successful group of people?” I began to realize how many business ventures and their leaders are stuck in the individualistic and independent mindset.

This is the mindset that locks people into internally competitive forms of behavior that results in “I win and you lose” scenarios. This is the thinking that causes good people to lose their marriages, their business partnerships and suffer the “Hatfield and McCoy” feuds that are quite frankly avoidable and that will sink collaborative ventures.

What is the solution?
What I discovered in answering my question through studies that surfaced in business, education and psychology group dynamic research, is that there are six principles that can be found in successful and very lucrative collaborations. These principles are trust, interdependence, genuineness, empathy, risk and success. They form the acronym, TIGERS®.

Later, after two independent studies concluded that each principle could be isolated and treated in groups to address a stage of group development called storming, I went to work. I applied these principles to reorganizing and merging businesses and worked with leaders who were committed to a collaborative and team culture outcome.

For those of you who are unfamiliar with Bruce W. Tuckman’s work,  Tuckman was a group behavior psychologist who identified five stages of team growth. The Storming stage begins shortly after a group is formed. This stage is marked by conflict and confusion and many groups do not survive it.

Some of the most difficult mergers and reorganizations came together nicely when the employees were allowed to address the behaviors they wanted to experience that would demonstrate trust, interdependence, genuineness, empathy, risk and success on a daily basis. The result was a mutually decided team interdependence agreement that identified desirable group norms and practices that would guide the group to both relationship and goal success.

So, the number one mistake I predict will be how these new collaborative, cost sharing ventures will survive the predictable and very uncomfortable group fall out that occurs when conflict and misunderstandings escalate.  And, no well written contract will hold the effort together unless issues related to trust, interdependence, genuineness, empathy, risk and success are worked through.

In our newly released team development tool kit called the TIGERS Team Wheel™, we provide seasoned internal trainers and facilitators with a team building game that helps teams establish their norms and expectations.

This team building exercise and tool kit teaches newly forming groups and business teams snared in conflict and low engagement the behaviors that build strong collaborations and behaviors that predictably cause problems. In this way, cooperative agreements – or articles of interdependence as TIGERS® describes it – can be formed that identify the norms and procedures the group finds beneficial for building a cooperative community so that collaborative ventures blossom for everyone’s benefit.

I think the time has come — especially when business lending is an all time low for startups and small business — to collaborate.  And the number one mistake is avoidable with good preparation and the right tools and resources.