Can “Executive Dream Teams” Be More than Just Fantasy? 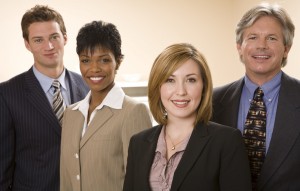 The May issue of Fortune 500 magazine had an excellent article on what it takes to put together the ultimate “executive dream team.”

Over the coming months, Fortune will be selecting nine business people based on varying criteria and “chemistry” to create an executive team they believe would crush any competition.   They used Apple’s extraordinary success as an example. Steve Jobs created his dream team and was completely confident that Apple’s success would not only survive him, but continue to thrive.

For starters, the formula for a winning team is executives who play well with others. The secret to a successful executive team goes way beyond stellar performers and numbers, the team needs to gel and work collaboratively. Easier said than done? You bet! If we had to put together the perfect recipe in creating the ultimate executive team, what leadership criteria and behaviors would we choose?   Let’s take a look at what it would take:

A large slice of humble pie, please –Believe it not execs, “It’s not always about you.” Those leaders who know who they are, where they came from, and what they have accomplished have a good handle on effectively leading, inspiring, guiding, and communicating values and goals with employees and their management teams.

Who’s manning the fort? When top executives live in ivory towers and don’t solicit ideas from front line employees, they miss a wealth of information by not listening to what works and what doesn’t from employees. These employees rarely see or speak to “Suite C” executives rendering most top level management clueless about the state of the organization’s affairs. When executives have the “I’m special, you….not so much attitude, their egos get in the way of a company’s progression.

Top-tier executives take ownership of mistakes.  It’s tough for CEO’s and their top level cohorts to admit failure. All too often, they engage in the blame game and are awesome finger pointers because admitting a mistake just isn’t an option for them. This leadership style is quite counter productive when loyal team members become the “fall guy” and are forced to take the heat. We are looking for fearless and ethical leaders that are able to communicate to employees when a mistake has been made and then ultimately remedy the defunct course of action.

A collaborate executive team – no superstars need apply – Top level executive teams composed entirely of stellar performers pose grave perils. Why? It’s because top-tier executives may all be focused on getting the same job: the CEO’s. When one person’s victory means defeat for the rest, expecting the group to cooperate may be asking too much. Top leadership teams need aligned values and trust to create a high performing culture dynamic in their organization. Differing viewpoints, different experiences, educational backgrounds, and individual core strengths are all qualities to look for in creating a top-notch executive team. Executives with differing values and ethics are a recipe for a self-destructing organization.

Diversify you team – Steve Jobs found and kept top tier technologists, marketers, designers, and others to form his own unique managerial team. Most of his top leaders were with him for more than a decade and respected the diversification each member brought to the table.

Confront real conflicts head on – This dream team will tackle issues fearlessly. They won’t take the ostrich approach and bury their head in the sand. Everyone is on the same page and they avoid competing agendas when addressing issues.   They are able to communicate with respect, present solutions, and leave the blame game at the door.

Putting together the ultimate executive dream team is a daunting task. There must be cohesion between members, diversification, and humility among other things to create a team that drives a successful organization. Who would be your “dream team” picks? Stay tuned for an update and of course my commentary on Fortune magazine’s picks.

Are you a collaborative leader? Want to find out? There is a valuable leadership survey in the TIGERS Den Complimentary General Membership program that will help you discover how collaborative you are. Create your user name and password now and gain immediate access.

TIGERS® Success Series, Inc. is a team development consultancy that has served leaders and their teams since 1989. TIGERS® helps leaders build teams of employees that are as committed and engaged in the success of the organization as the leaders are.