Do Working Americans Own Businesses On The Side? 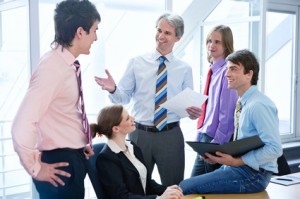 With job insecurity hitting all time lows over the past seven years, many more Americans are taking control of their destiny. Or, so it seems according to a new report published by the University of Phoenix. According to the report, more than half of working adults own a business or have entrepreneurial ambitions and nearly eight in ten say they are or would be a superb boss.

“Being a business owner isn’t easy, but can be very rewarding for those who have done their homework and are educated about the different facets of running a business”

Here are some of the survey findings:

Here are some additional findings.

Workers in Los Angeles and Atlanta are more inclined to be entrepreneurs. Sixty-seven percent of working adults in Los Angeles and 65 percent in Atlanta currently own or want to own a business, significantly higher than the national average (51 percent). The percentages of workers in other select metropolitan areas who either own or want to own their own businesses are as follows: New York City (54 percent), Chicago (54 percent), Dallas-Ft. Worth (51 percent) and San Francisco (48 percent).

“Being a business owner isn’t easy, but can be very rewarding for those who have done their homework and are educated about the different facets of running a business,” said Dr. Sam Sanders, college chair for University of Phoenix School of Business and a former human resources executive with more than 20 years of experience. “One of the biggest challenges is recognizing what you do not know. Entrepreneurs may have a solid understanding of a niche or industry, but may not have a lot of experience in other aspects of running a business, including strategic planning, marketing, finance, people management, procurement and research and design. Business degree programs and continuing education, along with a variety of free business resources and networking opportunities, can help entrepreneurs fill these gaps and strengthen their business acumen.”

Here are a few questions I found most interesting …

This is something we have been advising business leaders for nearly two decades. So it is not surprising that budding entrepreneurs have felt the need and plan to do something about it when they are in charge.

The majority of working adults (78 percent) say they would make a great boss, but those currently in leadership positions are significantly more confident in their abilities. More than 9-in-ten (91 percent) managers, directors and c-level employees say they are or would be a great boss compared to 72 percent of workers in other positions. Eighty-nine percent of managers, directors and c-level employees call their leadership skills “exceptional” compared to 73 percent of other workers.

This makes good sense to me, since the inquiries from current managers who are contemplating launching a consulting career and are looking at our turn-key team development system is steadily increasing.

Steps to take before launching out on your own

If you are looking to start your own business, what should you be considering as you construct your business plan?

The online survey of more than 1,600 U.S. employed adults was conducted by Harris Interactive on behalf of University of Phoenix in April 2013.

This Working Adult survey was conducted between April 18-26, 2013, among 1,616 U.S. adults age 18 or older who are full-time, part-time, or self-employed. The data include over-samples in New York City, Los Angeles, Chicago, Dallas-Ft. Worth, San Francisco, and Atlanta. This online survey is not based on a probability sample and therefore no estimate of theoretical sampling error can be calculated. 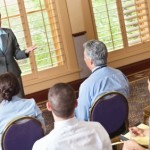 How to Avoid The 3 Big Mistakes Many Team Consultants Make That Keep Them Under Paid and Unappreciated.