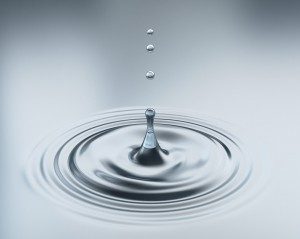 Is it equitable  to pay one employee less than another because of race or gender?  What if that employee does more with less and has a family to support? In the United States, gender pay gaps like these haunt big business because of costly lawsuits and Federal scrutiny. However, recent studies point to the gender pay gap being higher in small and mid-size businesses, which impacts communities.

Nationally, women are paid on average $.80 for every dollar they earn. A new study from Zenefits finds that a wider gender pay gap exists in small and mid-size businesses.

The recently released SMB Fair Pay Report finds that the gender pay gap in small and mid-size businesses is 18 percent less than the national average. This means women earn $.66 for every dollar that men earn in similar positions.  Female head of households also outpace male head of households. This means more children live in substandard conditions due to the gender pay gap and this impacts communities.

Businesses with fewer than 500 employees account for 99 percent of all U.S. businesses, and these small and mid-size businesses employ 48 percent of all workers in the U.S., according to the U.S. Small Business Administration. The study also found that while advanced education allows those with a Master’s Degree to earn an average of 38 percent more in small business jobs, women with postgraduate degrees and less than five years of experience earn 56 percent less than their male counterparts.

With almost half of all workers employed by small and mid-size businesses, it’s troubling to discover such a large wage difference. The cost of business inequality in the workplace leads to poor performance and workforce dynamics. Of the six TIGERS® principles, workforce behavior that is impacted most includes Trust, Interdependence and Empathy.

On a surface level, it may seem that money can buy employee loyalty.  The fault in this thinking is that if you pay an employee enough money, he or she will be satisfied with their position and will be a productive member of the team.

However, how many times have you heard a person say, “You couldn’t pay me enough to work for that company”? That’s because money can only go so far. More than money, people want to work for a company and a leader they trust.

Trust is having confidence in the integrity, honesty, reliability and fairness of a person, group or system. When a gender pay gap exists in an organization, truth, fairness and transparency are all impacted. This ultimately affects the overall culture contributing to higher turnover rates. Maybe money is thrown at one or a few to try to keep them satisfied. However, when a gender pay gap systematically exists, the entire workplace culture of trust is broken. This does not lead to long-term employee satisfaction or productivity, which impacts the business bottom line.

Interdependence is the universal group dynamic principle that grows and develops from sense of community and the spirit of employees supporting one another. It produces synergy, which enhances team effort beyond the simple sum total of each team member’s individual skills.

The characteristics of a team with high interdependence include high levels of team member information sharing and service to one another’s success. When a gender pay gap exists, group interdependence is affected. The sense of community is damaged by unfair competition and the minimizing of one group of employees over another.

Women who make less than others in similar positions don’t feel equally accepted into the community, and collaboration suffers. From an interdependence standpoint, a person’s strengths, not their gender, should be what matters. There is one exception: when women are on teams, teams function much better than if they were all male teams.

Empathy is the desire and ability to understand another person’s perspective or circumstance regardless of whether you agree with that person. It is a quality that enables you to imagine what another person feels, desires or needs.

From an empathy level, the gender pay gap creates a competition situation that says a woman’s strengths, worth and value to the organization is not worth as much as men. One possible reason behind the gap is the outdated misnomer that  men financially support their families. Most single head of households are led by women. In the case of divorce, many women remain the primary care giver and wage earner for their children beyond five ears.

While the gender pay gap is still a serious problem, recent court rulings are making strides in the right direction. It is now illegal in several states and cities to rely on a woman’s previous salary to determine her pay for a new job.

Previous salaries were often seen as a good measuring point for determining new pay rates. The problem is that the practice can perpetuate underpayment and allow for pay disparities to continue. Under new laws, employers won’t be allowed to ask for previous pay, undercutting one key argument for underpayment.

The bottom line for the gender pay gap

The gender pay gap is a serious problem for U.S. workers, especially in small and mid-size businesses. Women earn on average $.66 per dollar compared to their male counterparts. The national average for businesses with over 500 employees is $.80 per dollar. This inequity leads to poor workforce performance, especially in the areas of Trust, Interdependence and Empathy.

New court rulings are making strides for equality.  Even if employers don’t ask for previous salary information, however, other systematic discrimination practices still exist that allow for the gender pay gap to exist. To make real change, leaders must identify inequality and discrimination for what it is and implement equal and fair pay practices for all employees.

Care to dig deeper into this conversation?

We found the following articles and resources to add to this conversation:

TIGERS® Success Series takes the guesswork out of workforce development. TIGERS provides a comprehensive, robust system for improving both your work environment and profitability.

We specialize in developing high performance work cultures. Scaled to grow as your organization and leadership performance grows, our proprietary Team Behavior Profile and  Management training workshops are based on the six principles we have found to be the right mix to make this happen.

The TIGERS 6 Principles are Trust, Interdependence, Genuineness, Empathy, Risk and Success. Born from our many years of business, psychology, and educational group dynamic research, and subsequent four years of independent evaluation, we instill and sustain behaviors that improve work group performance and talent retention for measurable ROI.