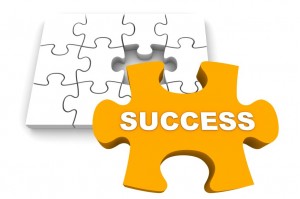 A business associate from London and I were having breakfast when she said, “At Will employment is inhuman. Isn’t that an excuse for bad bosses to shirk their responsibility to their employees by simply cutting their losses any time they want to?”

I think so. When poor leadership planning and decisions result in layoffs or other business fiascos, accountability doesn’t raise high on the radar. Since the recession started in 2007, some  “bad bosses” receive record compensation whether they achieved stellar performance or not.

TIGERS® has been in the business of helping good leaders build team cultures where humans thrive for over 23 years. So let’s take a look at the human side of Ben and Jerry’s.

What’s Special about Ben and Jerry’s

Given their exuberance, they could have been winners of a contest. Given their age, they could have been recent college graduates searching for employment. But, no, the 14 chosen participants who were flown to Ben & Jerry’s company headquarters in Vermont from such places as Nashville, Denver, Pittsburgh and Myrtle Beach were all gainfully employed. The participants’ one thing in common: excellence in managing a Ben & Jerry’s franchise shop. While you can’t argue that managing an ice cream scoop shop is hard work, at Ben & Jerry’s it sounds like things might just be a little sweeter.

“While we want to share with them and inspire them through the knowledge that they are supported from the headquarters here, this is a specifically structured time for us to listen to these folks who manage values-led retail business better than anybody across the nation”

And so the progressive ice cream maker who’s known for its unusual business practices came at this group in a different manner, with a personal invitation to each member. “Come to Vermont so we can listen to you.” Joined by the franchising professionals that manage Ben & Jerry’s 300-strong network of scoop shops around the US, the Manager’s Advisory Council (MAC) gathered in the Green Mountain state to share their successes and to learn from one another. The franchise system, which focuses on excellence in operations, knows that this type of sharing can only lead to better things for Ben & Jerry’s overall.

“We’re fortunate to have these ambassadors in each city who are not only experts in Ben & Jerry’s, but they’re also experts in Charleston, or Sarasota, or Fairfax…” said Debra Heintz, Global Retail Operations Director. “While we want to share with them and inspire them through the knowledge that they are supported from the headquarters here, this is a specifically structured time for us to listen to these folks who manage values-led retail business better than anybody across the nation,” Heintz added.

The group shared how they activate the company’s Social Mission in their specific markets via community support of local programs as well as large scale global initiatives such as sourcing Fairtrade products. The MAC nurtured their already highly touted ice cream product prowess spending time with expert Flavor Guru Eric Fredette who helps create custom flavors for the shops such as Cinnamon Cereal Swirl and Spumoni for 2012. Not a bad day’s work for a group that constantly practices the company’s mission across the country.

MAC leader Stacey Stanczak, a business consultant with Ben & Jerry’s, summed it up best. “I know our managers have so many ideas for when they get back to their shops, and they’ve met some great people, both here at the home offices and from around the country, that will help each of them continue to grow their businesses and grow personally and professionally in the future.” Now, that’s sweet!

Ben & Jerry’s produces a wide variety of super-premium ice cream and ice cream novelties, using high-quality ingredients including milk and cream from family farmers who do not treat their cows with the synthetic hormone rBGH. The company states its position on rBGH* on its labels. Ben and Jerry’s products are distributed nationwide and in selected foreign countries in supermarkets, grocery stores, convenience stores, franchise Ben & Jerry’s Scoop Shops, restaurants and other venues. Ben & Jerry’s, a Vermont corporation and wholly-owned subsidiary of Unilever, operates its business on a three-part Mission Statement emphasizing product quality, economic reward and a commitment to the community. Contributions made via the employee-led Ben & Jerry’s Foundation in 2011 totaled $1.98 million. Additionally, the company makes significant product donations to community groups and nonprofits both in Vermont and across the nation. The purpose of Ben & Jerry’s philanthropy is to support the founding values of the company: economic and social justice, environmental restoration and peace through understanding, and to support our Vermont communities. 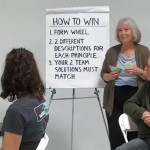 Do you want to build team based cultures that support human achievement and business success? There are two choices. Join us as Licensed TIGERS Facilitators – or – bring a licensed TIGERS Facilitator into your organization to help you develop teams who are as committed and accountable to your business success as you are. Catalytic facilitation unlocks your team’s growing edge so your workforce development planning is on target, achieves high levels of leadership consensus and support and makes your action planning implementation a roaring success.