Picking Team Favorites Is Not A Bad Idea for Leaders 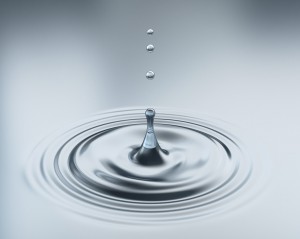 One of the best things about our Facebook Team Building Success Business page and our LinkedIn activity is the stimulating conversations we engage in around the topic of Team Culture and Team Dynamics.

One of the topics of discussion is whether leaders should instill the feeling that all team members are unique and add value.  So, what if they don’t add value? What if a team member is a slacker?

A new study from the University of British Columbia Sauder School of Business shows that bosses should pick favorites if they want top performing teams.

“Conventional wisdom tells us that we should treat everyone the same to create a collegial and productive work atmosphere,” says Sauder Professor Karl Aquino, who co-authored the forthcoming study for the Journal of Business Ethics. “But our research shows this can be a disincentive for workers who would otherwise go above and beyond on behalf of the team with a little bit of extra attention.”

In a series of experiments, the researchers found people are more likely to experience heightened self-esteem, follow workplace norms, and perform tasks that benefit a group if a leader treats them relatively better than other people in their group.

“Bosses are in a tricky position,” says Aquino. “There’s a risk that treating some employees better than the rest can turn others off. The key is to find the right balance – treat everyone reasonably well, but treat those whose work counts most or who have been most productive just a little bit better.”

Aquino says that, in general, working culture in the United States leans toward showing preferential treatment to star employees, while Canadian, Northern European and most Asian cultures take a more egalitarian approach. Aquino suggests managers should consider a middle path to avoid creating envy while sustaining high levels of productivity among their star players.

In one of their experiments, the researchers looked at how preferential treatment from bosses affects a person’s self-worth in their job and willingness to conform to workplace norms. A 357-person sample was surveyed online to assess their level of preferential treatment in the workplace. The workers were also asked to nominate a colleague to participate in a second online survey to report on whether the employee violated norms of efficient production and considerate conduct.

Respondents who reported receiving preferential treatment from their bosses reported feeling a greater sense of self-worth in their jobs. Their colleagues’ assessment was that they behaved less antisocially and more productively at work.

Another study tested if preferentially treated group members were more likely to volunteer for a task that benefits the group. A sample of 41 students was divided into groups of three and asked to provide suggestions via email to a “team leader” for improving education at their university.

Participants received a group reply from the leader that included itemized responses to all the members’ suggestions. In half of the groups, all recipients received the same email response which showed them preferential treatment over their peers. In the other half of the groups, the leader’s responses showed positive but equal respect for all of the participant suggestions.

In a follow up survey, participants were asked to rate their willingness to take on a task to benefit a subsequent group discussion. Participants who received preferential treatment indicated that they were more willing to take on a group serving task than those who were treated well but equally.

The study, “Satisfying Individual Desires or Moral Standards? Preferential Treatment and Group Members’ Self-Worth, Affect, and Behavior,” was co-authored by Aquino and Professors Stefan Thau and Madan Pillutla of the London Business School, Christian Troster of the Kuhne Logistics University and David Cremer of Erasmus University.

We would love to hear your thoughts on this. Have you ever been in a position where your team assignment wasn’t as big as others, you gave it your 100% and were not recognized or appreciated? How did you feel? What did it do for your motivation?