Moody’s Analytics Say The US Economy Is Poised for Growth 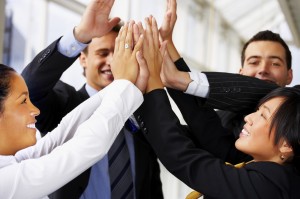 According to Moody’s Analytics 2013 Macro, the US economy is poised to improve. This is good news for everyone in North America.

Moody’s Analytics, a leading independent provider of economic forecasting, released Chief Economist Mark Zandi’s US economic outlook for 2013. According to “U.S. Macro Outlook 2013: Poised for Liftoff,” fiscal policy will continue to drag on US growth in 2013, but the economy should gain traction by the second half of year, powered by a reviving private sector.

Moody’s Analytics baseline outlook assumes that lawmakers will agree on a comprehensive budget plan in early 2013. The plan would scale back tax hikes and spending cuts now set to take effect in January, raise the Treasury’s statutory debt ceiling, and lay out a credible path to fiscal sustainability.

According to the report, there are various ways for Congress to do this, but each would add some fiscal drag. The most likely agreement would: allow the 2011-12 payroll tax holiday to expire; phase out the emergency unemployment insurance program; end the Bush-era tax rates for households with income of more than $250,000 per year; and allow taxes to rise on higher-income households to help pay for healthcare reform. Together, these changes will produce fiscal drag equal to 1.25% of GDP in 2013.

“The impediment to growth will be significant – particularly during the first half of next year – but manageable,” Zandi said. “With some additional clarity from policymakers on taxes and budgets, businesses, banks and households should all become more aggressive in investing, hiring, lending and spending.”

The State of Us Business

US companies are in especially good shape. They significantly lowered their costs structures during the recession, and have kept unit labor costs unchanged since the downturn. Profit margins thus expanded and lower interest rates have allowed firms to lighten their debts and generate cash. Banks are also well positioned for growth, since they raised hundreds of billions in new capital and adhered to tighter underwriting standards, improving credit conditions. While household balance sheets have not uniformly improved, the debt service burden – the proportion of after-tax income needed to stay current on outstanding debt – will soon be at record lows.

The report concludes that the strongest threat to Moody’s Analytics outlook is a failure by policymakers to settle key tax and budget issues. While Zandi predicts the nation will temporarily go over the fiscal cliff, decreasing business and consumer confidence, political pressure will grow, which is precisely the stress needed to come to an agreement.