NuStar Moves up 15 Spots On FORTUNE Best Places To Work 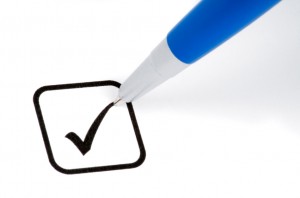 NuStar Energy L.P. moved up 15 spots in the 15th annual “100 Best Companies to Work For” list, which appeared in the February 6 issue of FORTUNE Magazine. NuStar made this list four years in a row and moved to 15th place up from 30 last year.

NuStar is recognized for paying 100% of employees’ health care premiums,  having a no-layoff policy, and matching 401(k) contributions up to 6 percent of pay.

“2012 is off to a great start as once again we earned a place on the 100 Best Companies to Work For list,” said Curt Anastasio, President and CEO of NuStar Energy L.P. “Thanks to our employees, we have a lot of reasons to be positive about NuStar’s recent accomplishments and bright future. Year-after-year, our employees have helped us generate strong earnings, expand our operations through acquisitions and internal growth projects, earn one of the best safety records in the industry, contribute record amounts of time and money to our communities, and build on our reputation as a great place to work.”

NuStar Chairman Bill Greehey added, “Just earning a place on this prestigious list is a tremendous honor as some companies apply and never make the list. It’s even more noteworthy when you consider that we’ve earned a place four years in a row – every year that we’ve applied. Because this honor is based primarily on confidential employee surveys, we are especially proud of our ranking as it reflects our employees’ positive, can-do spirit.”

Some of the considerations in NuStar’s selection for this honor include the company’s employee benefits plan, which has been rated the best in its industry by Hewitt Associates; its reward and recognition programs; commitment to volunteerism and charitable giving; and special corporate culture.

NuStar, which has a voluntary turnover rate of only 3 percent, offers all-employee bonuses; a retirement savings plan that includes a 401(k) match of 100 percent up to 6 percent of pay and a company-funded retirement plan; company-paid health and welfare benefits that are 100 percent funded for employees and their families; and a health and wellness program.

The company also has never had a layoff in its history, and instills in employees the philosophy that if they do a good job, they will always have a good job.

NuStar Energy L.P. is a publicly traded, limited partnership based in San Antonio with 8,417 miles of pipeline; 89 terminal and storage facilities that store and distribute crude oil, refined products and specialty liquids; and two asphalt refineries and a fuels refinery with a combined throughput capacity of 118,500 barrels per day. The partnership’s combined system has over 97 million barrels of storage capacity. One of the largest asphalt refiners and marketers in the U.S. and the second largest independent liquids terminal operator in the nation, NuStar has operations in the United States, Canada, Mexico,  the Netherlands,  including St. Eustatius in the Caribbean, the United Kingdom and Turkey.