The 100 Most Influential People in Business Ethics 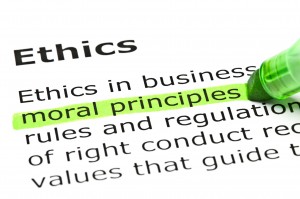 The Ethisphere Institute, a leading international think-tank dedicated to the creation, advancement and sharing of best practices in business ethics, corporate social responsibility, anti-corruption and sustainability, today unveiled the “100 Most Influential People in Business Ethics,” an annual list of individuals who have made a significant impact in the realm of corporate citizenship over the course of the previous year.

I felt it was important to bring this to our reader’s attention because ethics and trustworthy business practices go hand-in-hand.

According to Stefan Linssen, editor-in-chief of Ethisphere Magazine. “This year we have seen significant consequences that ethical failings can have on an organization and industry at-large. However, we have also observed the profoundly positive impact that sound corporate ethics can have on the long-term success and sustainability of a company. The individuals on this year’s list have impacted the way we think about and practice ethics in ways that will continue to resonate with the business community for years to come.”

At TIGERS Success Series, we could not agree more.

Some of the people recognized by Ethisphere are world famous and some are completely unknown, but through their actions in 2011 – from hunger strikes to recouping losses from Ponzi schemes – the 100 Most Influential People in Business Ethics list will impact the world of business ethics – and the way we do business – in 2012 and beyond.

The following are the top 5 of the 100 Most Influential People in Business Ethics:

1. Anna Hazare — Indian anti-corruption activist Anna Hazare had a huge impact on the governance of the world’s largest democracy through a series of internationally publicized hunger strikes.

2. Jed Rakoff — U.S. District Judge Jed Rakoff set a new precedent when he ruled against a proposed settlement between the Securities and Exchange Commission and Citigroup because the settlement did not require Citigroup to admit or deny guilt.

4. Irving Picard — Irving Picard, the trustee leading the recovery efforts of the Madoff Ponzi scheme, makes the list for his relentless work recouping the money lost by investors around the world.

5. Joaquín Almunia — The Commissioner Responsible for Competition at the European Commission, Joaquín Almunia, is recognized for his efforts leading one of the most active antitrust enforcers in the world.

The list goes on naming people with an exceptional moral compass who launched actions that clearly make a difference around the world.

The people recognized on this list, ranked from 1 to 100, represent ten distinct categories:

For the full list of the 100 Most Influential People in Business Ethics, including descriptions of the recognized individuals, visit http://ethisphere.com/ethisphere-announces-the-100-most-influential-people-in-business-ethics/ and watch for the list to be published in the next issue of Ethisphere Magazine.

In the meantime, on March 15, 2012, Ethisphere will recognize the World’s Most Ethical Companies – companies from across the globe that have leading ethics and compliance programs, particularly as compared to their industry peers, and go beyond making statements about doing business “ethically” to translate those words into actions.

The Ethisphere Institute is a leading international think-tank dedicated to the creation, advancement, and sharing of best practices in business ethics, corporate social responsibility, anti-corruption and sustainability. Ethisphere Magazine, which publishes the globally recognized World’s Most Ethical Companies Ranking™, is the quarterly publication of the Institute.

More information on the Ethisphere Institute, including ranking projects and membership, can be found at http://www.ethisphere.com.