Job Predictions for the 2012 Workforce 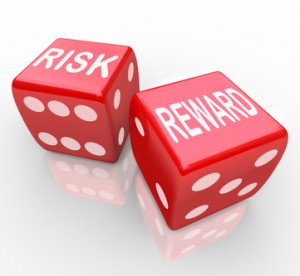 A study released in December by Randstad delivers new insights on employees’  attitudes about career and job prospects for 2012.

From a TIGERS perspective, this becomes a trust issue for organizations as we move into 2012. The sooner leaders unwind trust entanglements the better if there is a hope to spring forward into a lucrative business recovery.

The Randstad Employee Attachment Index, also reported that almost one quarter (24 percent) of employees are willing to lose their bonuses or work longer hours to keep their current jobs. Overall, Randstad’s Attachment Index remains steady this quarter. The index which measures employee engagement and retention indicates that slightly more employees report enjoying going to work this quarter and slightly more would accept a new job offer in the next six months.

“With the continued ups and downs of the economy, US workers report very mixed expectations for 2012,” says Joanie Ruge, senior vice president and chief employment analyst for RandstadUS, the third largest staffing firm in the country. “We’re seeing about half of the workers surveyed are very positive about their companies and even their current jobs, but the other half are very nervous about maintaining their employment and benefits. Workers are indicating that they are uncertain about the New Year and many are taking precautions such as cutting back on expenses and putting more towards savings just in case.” This is another signal that trust in organizations is falling as employees move to protect their interests.

Randstad’s Attachment Index also indicates a widening of the gap between the most attached and the least attached employees. “Employers need to pay close attention to changes in their employee populations of the very engaged and the least engaged,” says Ruge. “Companies want to successfully engage as many employees as possible to maximize productivity, and they need to particularly focus on those workers who are most engaged and, thus, most valuable. Our research shows that 33 percent of the most highly engaged employees are likely to leave their companies if offered an enticing new job while 30 percent would seriously consider another job offer. This is a serious threat to employers as the economy recovers and as more jobs become available. Companies will need to watch this as we move into 2012.”