Interdependence: ”If we win I win” 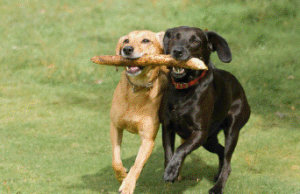 I am often asked what the difference is between a group of people, called a team in an internally competitive culture, and a team in a true team culture. The short answer is that in a true team culture, people are interdependent. They understand that when the group wins they win so the focus is on collective success and the welfare of the group rather than individual achievement.

Developmental psychologists describe interdependence as the third of four human development stages and the launching pad from which ethical, quality focused, loyal, service oriented and successful group relationships are formed. It is the stage where the concept if we win, I win is the standard and where group-centered thinking rather than self-centered thinking thrives.

The dependent stage relies on others for support, needs gratification and success. The thinking process associated with this state is needs-based and narcissistic. This means that people are unable to think about themselves (to self reflect) beyond getting their own needs satisfied. The capacity for self-reflective awareness doesn’t exist yet, so the world is seen as an extension of self.

Because the distinction between me and not-me is still fuzzy, the narcissist is unable to take the perspective of another person. This means that when a need is desired it must be granted regardless of where that need stacks along side the needs of others. This is a reasonable perspective for young children, but not for adults. Instead of if we win I win, the thought process is you provide for me — It’s your fault if I fail.

The independent stage matures from dependence. This stage can also be narcissistic but people learn to satisfy their own needs and become accountable for their own decisions and subsequent consequences – good and bad.

Children who are raised by emotionally healthy parents or who have affective mentors learn to gradually become more accountable for their actions and consequences, to establish goals, to make decisions that serve their goals, to develop morality, and to understand how what they do impacts others. Instead of the thought process, if we win I win, the process is I win. This means that power struggles often erupt among independent people who must win and expect others to accommodate or compromise resulting in a focus that is competitive and in some instances combative.

To mature into interdependence, developmental psychologists suggest that the two previous stages must be complete. If group members are still narcissistic and feeling entitled to having their needs met – now – then dependence exists. If highly competitive group members are butting heads or secretly laying the groundwork to beat other team members to rewards or resources, the talented and more interdependent group members will leave the group. This is because as a person moves to higher levels of mental maturation, the focus moves more and more to what can be done for others, rather than what one gets for oneself. The bottom line is that talented interdependent thinking group members move on to greener pastures because competitive work environments are less safe. To mentor another group member to success could result in one’s own position being threatened.

Abraham Maslow, for example described the other-oriented perspective as self actualized, which is higher on the needs continuum than groveling for resources. This is why organizations where groveling for resources and vying for positions is the norm have problems pulling together healthy, high functioning teams and collaborative leadership. In order to anchor interdependence, other levels of need fulfillment must first be met which include physiological safety, love/belonging/social needs, esteem, and cognitive opportunities to learn and grow.

Therefore, interdependence which forms a foundation for healthy group dynamics, is required in today’s information age where group-centered processes call upon higher levels of relating than what was expected of employees during the industrial age. Now that team skills are expected of college-bound students graduating from many high schools, more young adults are entering the workforce with interdependent skill sets and subsequent expectations.

For example, an article recently appeared in the Bend, Oregon Bulletin highlighting Amity Creek Magnet school’s holiday youth talent show, which is produced and directed by grade school students. The decade old school annually produces a youth talent show as an alternative to a holiday school pageant. Principle Carol Hammett explains, “It isn’t really about the performances but the skills, like cooperation, collaboration and learning to give a little.” In this example, interdependent thinking is being introduced to grade school students.

Interdependence relies on sharing, service, openness, acceptance, respect, support, and wholeness. It means that two or more people appreciate and rely on one another’s strengths and are mutually responsible for personal limitations. Accordingly, people must be willing to be self-reflective and accountable for their relationship and work actions. This is where TIGERS executive and team coaching has helped motivated leaders and teams achieve high levels of success with interdependence securely anchored in the workplace.

TIGERS Success Series is currently hosting a series of complimentary webinars based on building Interdependence at the forming level of group dynamics. To register and receive previously recorded 30 minute sessions click here.