Empathy: Why it is important 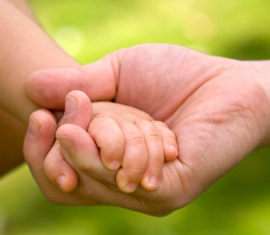 It was one of those good days. A day when a former client calls and says, “That empathy performance question we put into our employment interviews probably saved us thousands of dollars and a lot of conflict.”

“The candidate’s resume was stellar. He looked great and presented himself very well. But when we asked him how he demonstrated empathy in the last six weeks with friends or family, he was stumped.” So, what does empathy have to do with a potential team member’s job fit?

Empathy is a universal team value that promotes high commitment and cooperation in the workplace. It is the ability to understand another person’s perspective or circumstance whether you agree with this person or not. Empathetic people are curious and possess a desire to know and understand others. It is important to successful conflict resolution because understanding diverse perspectives allows collaborative solutions to rise from chaos.

Likewise, the ability to beam your self into another person’s shoes lays the foundation for moral decisions and is a condition for peace. Like Obama’s grandmother who, when counseling the moral character of her grandson, said, “How would you feel if that happened to you?”

Bad things that happen are always another person’s fault. And, narcissists tend to do well in hierarchical power positions because success is proof they are better than others. From a team perspective, however, they drive the people around them crazy, which justifies their thinking that everyone else is the problem — certainly not them.

In Emily Yoffe’s Slate Magazine’s article, But Enough about You: What is narcissistic personality disorder, and why does everyone seem to have it?, Yoffe names a host of leaders that fall into the narcissistic category. California Governor Arnold Schwarzenegger, John Edwards, and former Illinois Governor Rod Blagojevich are a few. And she reports that an article posted in the New York Times claims that Blagojevich’s self pity he demonstrated on multiple talk shows after being ousted for allegedly trying to sell a senate seat “did a better job illustrating narcissistic behavior than any psychological text book.”

Maybe so. However, from the psychological research and studies that underlie the TIGERS Team Culture Model (trust, interdependence, genuineness, empathy, risk and success), if you have a narcissist on your team, you are well aware how lack of empathy cultivates morale problems which in turn sparks conflict, resulting in lost productivity.

So, why would Yoffe insinuate that everyone is narcissistic? From TIGERS research, socialized behavior starts at birth and advances throughout life. There is a period of time in the maturation process where the child is fully dependent on caregivers for assistance and well being. And, there is a turning point when the child matures from self involvement and need gratification (narcissism) to recognizing the needs, wants and comforts of others.

However, according to brain researcher, Bill Harris, when needs are not met and events not reconciled and left behind, the emotional and cognitive maturity level of the individual stalls. For example, if a small child is not comforted when he or she is hurt, it is difficult for this individual to comfort and have compassion for others as an adult. If children are ignored, left behind, or tumble into insignificance when new siblings are born, they will do anything to gain attention to feel important. If feelings are ignored or a child is shamed for having feelings or must stuff them to appease an anxious parent, they are unable to access their feelings, develop compassion for themselves and others or develop emotional intelligence. If rich lessons that come from frustration and failure are used to shame a child, it becomes difficult for them to comprehend what frustration and failure means for others, to emotional resilience, and learning from mistakes.

As a result, anger, shame and guilt form blocks that build a wall of emotional pain.  Sometimes the blocks are small and self reflection, self understanding, self compassion and forgiveness make it easier to reconcile and mature. And, if these smaller emotional blocks do not impede a person’s ability to understand the feelings and circumstances of another person, I take issue with Yoffe’s assertion that everyone seems to be narcissistic.  That said, blocks on the extreme side, however, often require a ground shaking event, personal humiliation and serious loss to crack the wall to dismantle the blocks to access the pain, to forgive so a person can grow.

According to Yoffe, “people with narcissistic personality disorder act as if they are special beings who are exceptionally intelligent, accomplished, beautiful, or sexy (or all of the above), to whom lesser people (pretty much everyone else) must bow.”

Since most job interviewers lack the professional psychology credentials to identify narcissism or other empathy disorders, a few simple questions that shed light on a job candidate’s empathy skills have a better chance in exposing accomplished people with the empathy to contribute to sustainable team cohesiveness.

Therefore, what other questions could you ask in a performance interview to glimpse a job candidate’s empathy skills if maintaining excellent morale, good conflict resolution and superior team communications are a job recruitment goal?  Here are three.

Empathy and the curiosity to understand others is a measurable selection criterion for team member recruitment. And, it is important to screen team culture applicants for emotional maturity and the ability to empathize before hiring them whether their resumes and prior work history looks stellar or not.