Do Anger And Threats Get You What You Want? 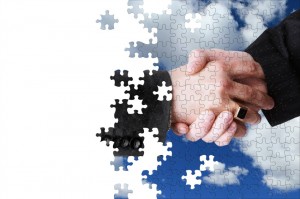 When it comes to important business negotiations, do anger and threats get you what you want? Conventional wisdom about showing anger in negotiations is sometimes contradictory: You should not be transparent and instead hide your true feelings behind a poker face, some say. Others recommend acting angry even if you’re not. New findings from negotiation researchers, however, reveal that both bits of advice are too simplistic, and they suggest a more effective tactic for tough negotiations would be making overt, well-timed threats.

“Our results say that anger isn’t as effective as a simple threat in getting people to concede,” says Margaret Neale, the John G. McCoy-Banc One Corporation Professor of Organizations and Dispute Resolution at the Stanford Graduate School of Business, who conducted the research with INSEAD professor of organizational behavior Marwan Sinaceur (PhD, ’07) and other colleagues.

A large body of previous work had shown that threatening to walk away from a negotiation is a powerful way to get the other party to give in to your demands. And from their own prior research, Neale and Sinaceur knew that making these threats later in a negotiation worked better than doing it early, when your counterpart is more likely to think you’re just posturing.

The problem, though, is that we usually make threats when we’re angry. “So is it the threats or the anger that’s causing the effect?” That’s the question she and her fellow researchers sought to answer in this latest set of studies, recently published in the Journal of Applied Psychology.

In the first of these studies, the researchers put people in a lab, had them engage in a virtual negotiation in which they received either angry or neutral statements from their counterparts, and asked them to rate the extent to which they found their counterparts’ statements threatening. The results gave the researchers their first clue. “Anger does encourage folks to concede more,” Neale says, “and it has this effect because people see an implied threat.”

That finding may sound like an endorsement of anger as a negotiation tool, but it isn’t. Anger tends to create what Neale calls “collateral damage,” lingering resentment that makes it less likely for people to want to deal with you in the future. So if you can achieve the same concessions with threats alone, so much the better. Not only that, but the researchers had reason to believe that threats would actually yield more concessions than would expressions of anger. After all, if anger is an implied threat, wouldn’t a direct threat be more powerful?

Indeed, that’s just what they found in their second study. The researchers brought participants into a lab for a negotiation, and, in a clever bit of misdirection, sent each person into a separate room, as if they would be negotiating with each other through networked computers, each playing the role of either buyer or seller. In reality, though, to tightly control conditions, researchers had each participant play the role of seller while the “buyer” on the other end was a computer programmed to deliver canned statements of either threat or anger. In the anger condition, for example, one of the comments the virtual counterpart made was, “I am very angry with your offer. This begins to seriously get on my nerves!” In the threat condition, at one point participants saw an ultimatum from the supposed buyer with the unambiguous phrase: “Take it or leave it.”

After the participants haggled with the computerized buyer for 6 rounds of offers and counteroffers, the researchers tallied the number of concessions (out of a possible 16) that the computer was able to elicit in each condition.

The results were quite clear: When the computer made angry statements (and made them late in the negotiation, before rounds 5 and 6), it was able to elicit an average of a little more than 14 concessions; in the threat condition, on the other hand, the average number of concessions was higher — about 15.5 when the threats came late in the negotiation. The same pattern of threats trumping anger held with expressions of anger or threat in earlier rounds, although both types of statements proved less effective than when delivered closer to the end of the negotiation.

So what is it about threats that make them more effective than outbursts of anger? The answer, the research revealed, is perceived poise — being seen as confident and in control of one’s own feelings. Because participants in these experiments believed they were negotiating with real people, they ascribed varying degrees of emotional control to them — and, on average, saw threatening negotiators as more poised than angry negotiators. That turns out to be important because negotiators’ poise affects the inferences their counterparts make. “If I’m angry, I may say things I don’t mean, so my counterpart may believe I’m saying them in the heat of the moment,” Neale explains. Therefore, the counterpart is less likely to think that an angry negotiator will follow through with the implied threat.

A cold, non-emotional threat, on the other hand, tends to come across as more intentional — and, therefore, more credible. “The person who’s threatening appears more legitimate — it’s not someone just throwing a hissy fit.”

In previous blog posts I have written about incivility being a serious concern in the workplace. More often than not, incivility shows up as anger or rude comments. This study lends credence to the notion that anger is the weaker strategy in negotiations. As a leadership persuasion tactic, it probably is, too.

TIGERS Success Series is a team culture consulting company that licenses organizational development specialists and leaders to build teams of employees who are committed and engaged in the success of their organizations.