Generation Y Cooperation in the Workforce 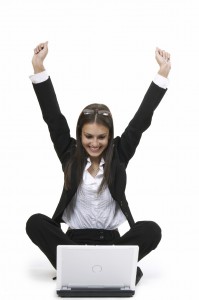 We’ve been saying for a couple of years that the Gen Y worker will take workforce cooperation to the next level. What they need is good mentoring, coaching and a clear career path to build their skills.

New research by leadership firm, Zenger Folkman, reveals that Gen Y employees aren’t the self-centered “know-it-alls” that many believe them to be.

To their surprise, when it came to driving for results, the Gen Y group in the study had the highest scores, followed by the traditionalists. Boomers received the lowest scores.

The study isolated four workplace competencies. The results revealed that in each generation revealed other surprising truths. For example, even though Gen Y is often considered self-centered and hard to work with, in the study’s category of collaboration and teamwork, they were at the 60th percentile, while the percentile scores were lower for each older generation.

“It seems the younger generation is very willing to collaborate with those who are more experienced in the workplace,” said Joe Folkman, president and co-founder of Zenger Folkman. “And they have something great to contribute to teams. Not surprisingly, they also received the highest scores on innovation.”

The final surprise was the extremely high scores of the Gen Y group on the dimension of self-development. Here they were at the 64th percentile while the Boomers were at the 52nd percentile. This hardly confirms the image of complacent know-it-alls.

However, while Gen Y excelled in these four competencies, there are areas for them to grow. For example, Traditionalists scored the highest on technical and professional expertise and displaying high integrity and honesty in their behavior.

What this means for business owners is that in order to capture and retain the best Gen Y workers who can help you take your organization to the next level, develop strategies and coaching programs where these employees can stretch themselves. They are willing to learn and have much to contribute.

To download a self scoring survey to see how your managers measure up as coaches click here.