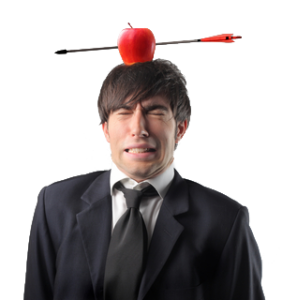 Do you know what you’re saying and doing?

I’m asking, not to question your abilities, but to remind you that our words and actions may be perceived by others differently than how they were intended.

In my experience, I’ve observed that most leaders strive to build good relationships with their employees. They understand that when leaders build good relationships with co-workers, harmony and civility should exist. Yet, a 2009 study by Pearson and Porath reported in their book “The Cost of Bad Behavior” reveals that 96% of people in the U.S. have experienced incivility at work and more than half of them suffered the results of stress as a result of it. Furthermore, 50% of workers report that they experience incivility at least once a week.

Do these numbers indicate that leaders have failed in their ability to establish a culture of civility? Does it even matter?

Incivility in the workplace does matter—a lot!

There are a number of very good reasons why leaders within organizations need to be concerned with civility. One of the major issues is that 9 out of 10 people who felt they were the victim of bad behavior found a way to get back at their companies.

This retaliation can take many forms. To name just a few:

It could be taking sick days when employees are not really sick or employees actually developing the physical symptoms that come from stress. In either case, the cost of high absenteeism can drain an organization’s financial resources and its productivity.

Perhaps the employees will only do what is required for the job and not a single thing more – or – they will withhold information from coworkers and not actively participate in teamwork. Again, lowered productivity and higher inefficiency will be the result.

Employees looking to retaliate often bad-mouth the organization to anyone who will listen. They become less motivated, less creative and spend valuable time at work thinking about how to get back at the offender rather than remaining on task.

Then there is the possibility of costly lawsuits or, at the least, the exorbitant cost of high employee turnover.

To make matters worse, people who just witness incivility directed at others have the same reactions as the target themselves.

Employee reactions to incivility, such as those mentioned above, will have a major negative impact on an organization’s bottom line. With claims that incivility in the workplace cost U.S. companies 350 billion dollars annually, paying attention to the matter is just good business practice.

Is failed leadership responsible for incivility in the workplace?

Leaders set the tone for an organization’s culture. Numerous studies have pointed out that many acts of incivility come from superiors. This is especially troublesome because a subordinate might be afraid to report the incident for fear of suffering harm to his or her career. It has been reported that less than 1 out of 10 incidents are reported to HR or Employee Assistance departments. Instead, targets take out their frustration on someone further down the pecking order and/or by some form of retaliation as mentioned above.

A 2007 Gallop poll of more than a million workers found that the most common reason for leaving their jobs was a stressful or problematic relationship with an immediate supervisor. As the economy improves and more job opportunities become available, workers will look to get away from such supervisors. This will result in organizations losing experienced employees and needing to hire and train new ones. In the meantime, these employees will be more than happy to see that supervisor fail in his or her job.

Surveys indicate that the number one reason for the failure of executives is their own abrasive or bullying leadership style. The second reason for the failure of executives is an attitude of aloofness and arrogance. Again, the organization’s leaders set the tone so it behooves them to look at their behaviors through the eyes of their coworkers, especially if there are any signs of low employee engagement, poor teamwork or high turnover rates.

Though this leadership style may be responsible for incivility in the workplace, it is not always the culprit. Many times, well intentioned leaders just don’t realize that their words or actions are being perceived as being “uncivilized.” They believe that if they are not abusive and are supportive, all is well. However, studies have shown that certain actions can unintentionally give employees the sense that they are not respected or appreciated. In these cases, employees may react to being treated uncivilly (from their perspective) and retaliate in ways similar to those described above.

What do employees consider to be uncivilized or bad behavior?

Below is a small sample of the behaviors employees consider to be “uncivilized.” actions by their supervisors which will lead them to feel unappreciated or not respected.

You or anyone else in your organization may be guilty of committing some of these actions without even realizing that you did so or without any intent to be hurtful. However, those actions may have resulted in someone else feeling hurt and that he or she was treated uncivilly.

Incivility is mostly a matter of how words or actions are perceived and how they make a person feel. In order to avoid the negative effects of incivility, leaders need to evaluate their actions from their employee’s perspective. Doing so will go a long way in their success and the success of their organization. 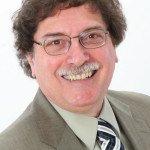 Tony Lacertosa is an internationally certified master facilitator of the TIGERS© Success Series program. His consulting company focuses on helping leaders in organizations dramatically improve employee engagement, retention and collaboration by addressing interpersonal relationships in the workplace. To download his special report on respect and teamwork, or to contact him, visit his website www.PeerlessLeadership.com 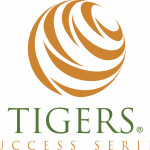 About TIGERS Success Series Consulting
TIGERS Success Series is the leading provider of a proprietary, full-suite team development resource for consultants who offer team solutions as part of their consulting offerings. These royalty-free, turn-key resources help team consultants manage and implement business-critical client initiatives. TIGERS Success Series, a pioneer in the growing team culture industry, is recognized for delivering quality and value by providing unparalleled, targeted consulting expertise to leaders desiring more cooperation and productivity in their workforce. Call 1-877-538-2822 to see if unleashing TIGERS in your organization is right for you.